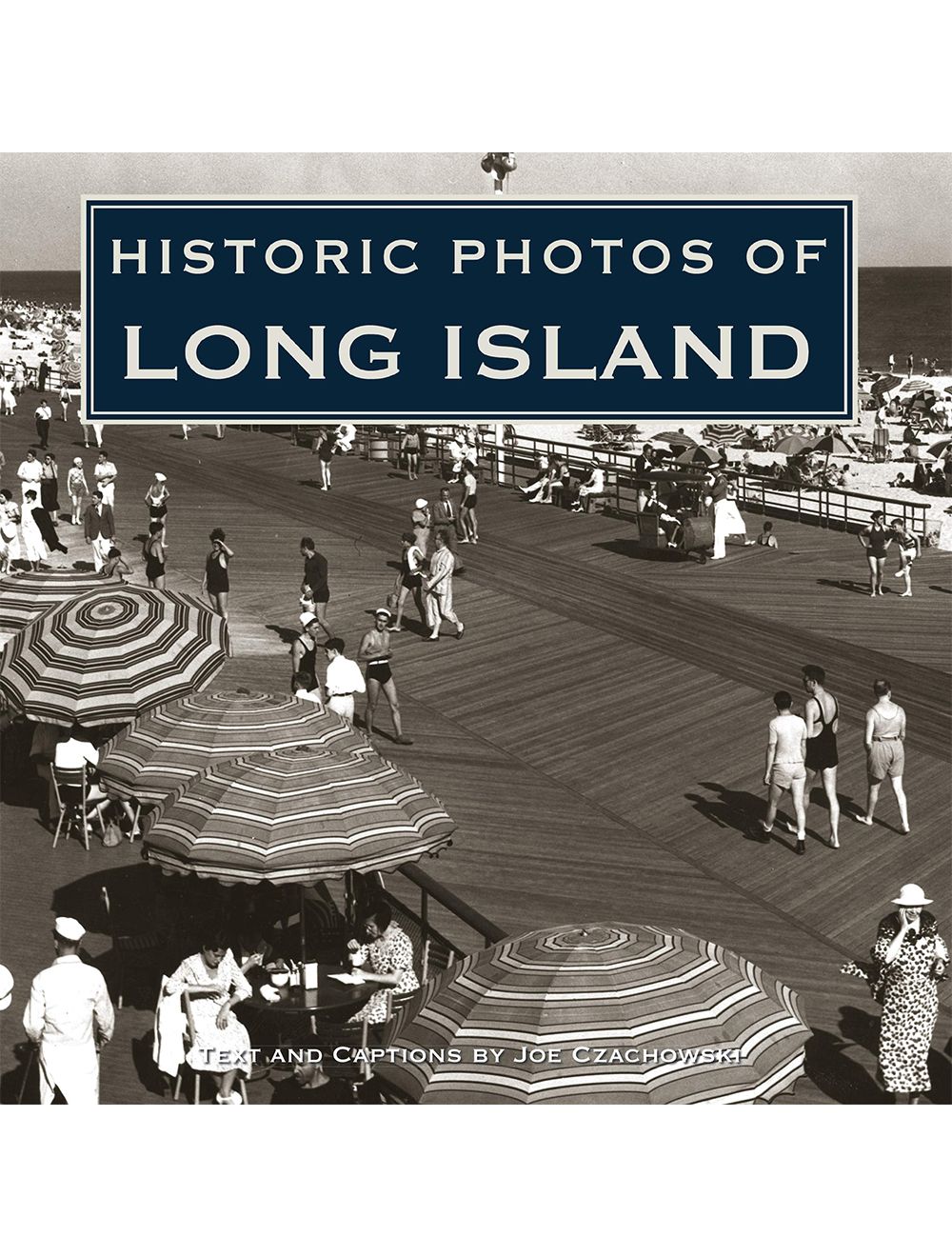 Be the first to review this product
$39.95
Availability: In stock
SKU
1-1763
Add to Wish List Add to Compare
Details
The largest island in the continental United States, Long Island comprises Brooklyn, Queens, Nassau, and Suffolk counties. With a rich history that has included American Indian tribes such as the Massapequa, Shinnecock, and Quogue, among others; colonists from England and the Netherlands; and immigrants who arrived by way of Ellis Island; Long Island thrives today on its wealth of industry, agriculture, natural beauty, and the contributions of its nearly eight million residents. Those very attributes are showcased in this volume, Historic Photos of Long Island. From the lighthouse at Montauk, to the growth of the Long Island Rail Road, to the factories of Long Island City, the breadth, contrasts, and vitality of the Island through a century of its life shine forth in the black-and-white images collected here. Windmills and tide mills, potatoes and oysters, aviators and fishermen—all are a part of the Island’s history, and all are represented vividly among the nearly 200 images seen in Historic Photos of Long Island.

Hardcover : 206 pages
Reviews
Write Your Own Review
Only registered users can write reviews. Please Sign in or create an account
Related Posts