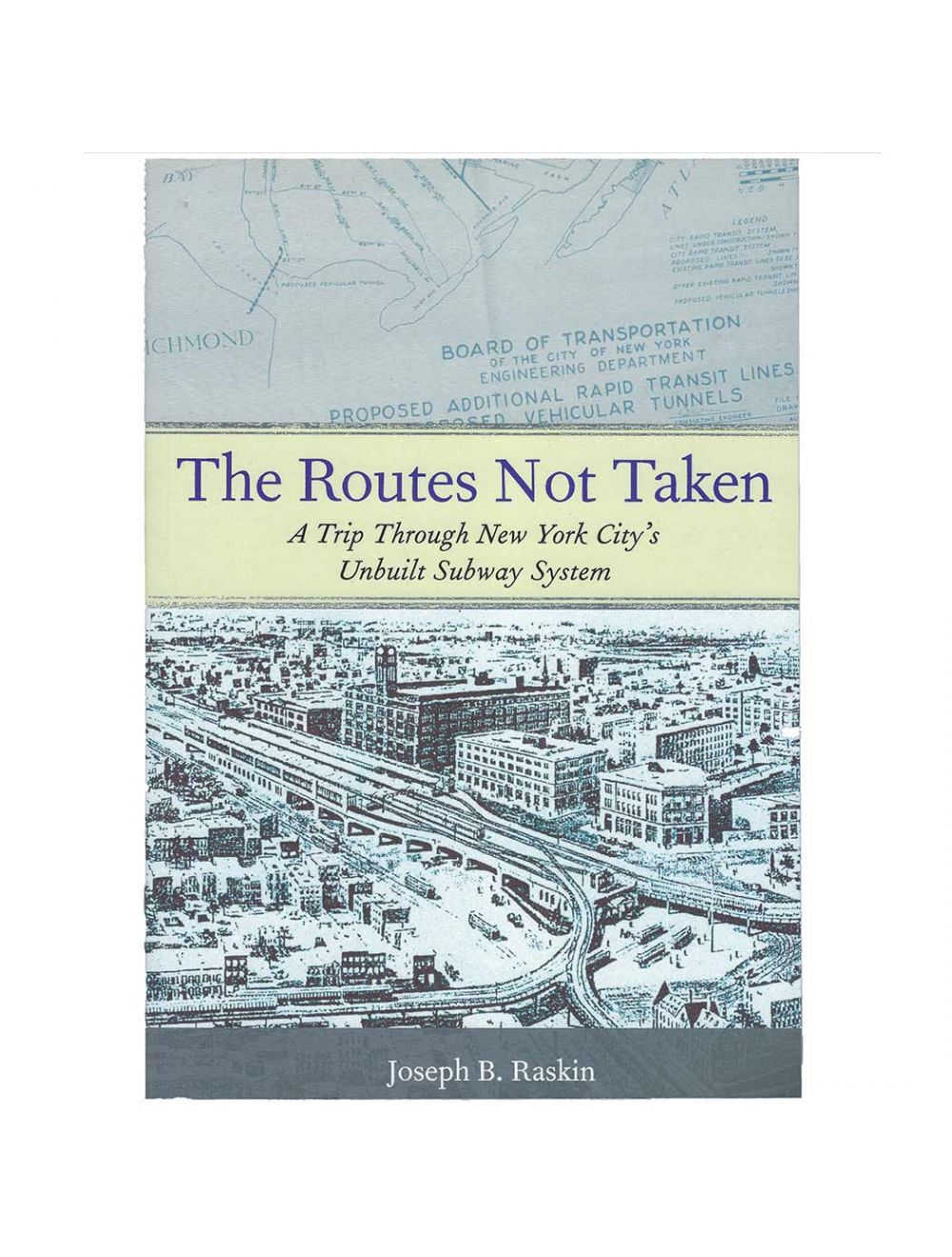 The Routes Not Taken: A Trip Through New York City's Unbuilt Subway System

Be the first to review this product
$19.95
Availability: In stock
SKU
1-1879
Add to Wish List Add to Compare
Details

by Joseph B. Raskin

Robert A. Van Wyck, mayor of the greater city of New York, broke ground for the first subway line by City Hall on March 24, 1900. It took four years, six months, and twenty-three days to build the line from City Hall to West 145th Street in Harlem. Things rarely went that quickly ever again. The Routes Not Taken explores the often dramatic stories behind the unbuilt or unfinished subway lines, shedding light on a significant part of New York City’s history that has been almost completely ignored until now.

Home to one of the world’s largest subway systems, New York City made constant efforts to expand its underground labyrinth, efforts that were often met with unexpected obstacles: financial shortfalls, clashing agendas of mayors and borough presidents, battles with local community groups, and much more.

The Routes Not Taken sheds light on the tunnels and stations that were completed for lines that were never fulfilled: the efforts to expand the Hudson tubes into a fullfledged subway; the Flushing line, and why it never made it past Flushing; a platform underneath Brooklyn’s Nevins Street station that has remained unused for more than a century; and the 2nd Avenue line?long the symbol of dashed dreams?deferred countless times since the original plans were presented in 1929.

Filled with illustrations of the extravagant expansion plans, The Routes Not Taken provides an enduring contribution to the transportation history of New York City.

Paperback: 336 pages
Reviews
Write Your Own Review
Only registered users can write reviews. Please Sign in or create an account
Related Posts